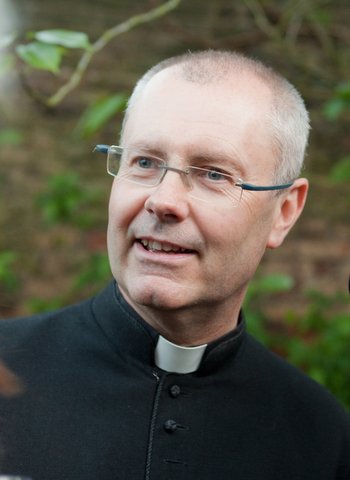 For my Advent preparation this year I am reading a book of reflections based on the letters of Dietrich Bonhoeffer.

I’m only three day in but yesterdays reflection struck a chord.

“Celebrating Advent means being able to wait. Waiting is an art that our impatient age has forgotten…for the greatest, most profound, tenderest things in the world, we must wait. It happens not here in a storm but according to the divine laws of sprouting, growing and becoming.”

“Be brave for my sake, dearest Maria, even if this letter is your only token of my love this Christmas-tide…we shall ponder the incomprehensibility of our lot and be assailed by the question why.”

Bonhoeffer felt the presence of Christ even in his darkest hours. Yes, the Nazi regime had him in their deathly embrace, but they could not snuff out the hope and comfort he found in God.

“God is in the manger, wealth in poverty, light in darkness, succour in abandonment.”
Letters to Fiancee Maria von Wedemeyer from prison December 13 1943

Advent has been called the most characteristic of all the Christian seasons. Partly because it is the time when we prepare to recall that event which changed everything for us, the birth of Jesus Christ. Also because it  involves looking ahead to that mysterious future event which is called his Second Coming. While it invites us to look both to the past and to the future, it also engages us deeply now. For it holds us in the present moment. We are meant to be on the watch for Christ’s presence amongst us. Advent has this triple focus. But how are we to live it? What marks Advent is waiting.

One example of gospel waiting is the Apostle Andrew, whose day we celebrate on Wednesday this week.  Andrew is mentioned at various points in the gospels, usually in lists of names. However, there are three occasions in John’s gospel when he plays a specific part. At the beginning he is one of those disciples of John the Baptist who, after listening to John, spends the day with Jesus. Afterwards he goes off and finds his brother, Simon Peter, and brings him to Jesus. Later 5,000 people follow Jesus up a hillside and Jesus decides to feed them. Testing, he asks another disciple how they will buy the bread they need. It is Andrew who brings along the boy with five loaves and two fish, which turns out to be sufficient to feed the whole multitude. Then, as Jesus’ public ministry is coming to an end after His arrival in Jerusalem, days before he is arrested and crucified, some Greeks approach Philip, another of the apostles, asking if they might see Jesus. But Philip does not take them to him immediately. Instead he consults Andrew. On each occasion Andrew seems to be waiting and attentive. He is the one who brings people to Jesus.
During Advent we are called to be especially attentive and watchful for the presence of Christ in our lives. We cannot determine the outcome, but like Andrew we may be able to bring others to Jesus. This includes those close to us, and those whom we hardly know, so that all may be fed. In this time of waiting our song is ‘Maranatha, Come Lord Jesus’.